Many of you are involved in or are following current movements around the world to promote racial justice and end systemic anti-Black violence and oppression.

Below are books, films and podcasts gathered by members of the Task Force on Inclusion and Belonging at Columbia, in partnership with Columbia Libraries, along with a list of organizations advocating for justice across the country and a Columbia conversation about race. You can use these resources to learn about and engage on these issues.

Please note: this list is updated frequently, so please check back often. Write to [email protected] with questions or recommendations.

All descriptions (visible when hovering on book covers below) are excerpted from the book summaries. 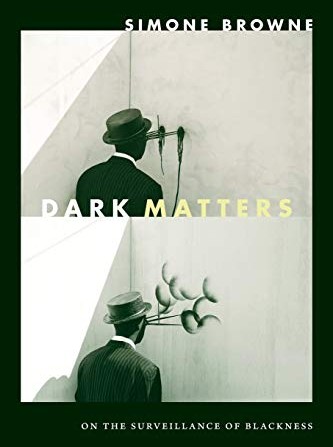 In Dark Matters, Simone Browne locates the conditions of blackness as a key site through which surveillance is practiced, narrated and resisted. She shows how contemporary surveillance technologies and practices are informed by the long history of racial formation and by the methods of policing Black life under slavery, such as branding, runaway slave notices and lantern laws. (Image courtesy of Duke University Press.)
Dark Matters: On the Surveillance of Blackness

In these eight piercing explorations on beauty, media, money and more, Tressie McMillan Cottom — award-winning professor and acclaimed author of Lower Ed — embraces her venerated role as a purveyor of wit, wisdom and Black Twitter snark about all that is right and much that is wrong with this thing we call society. (Image courtesy of The New Press.)
Thick: And Other Essays 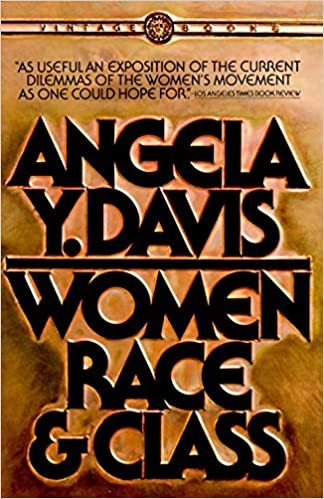 A powerful study of the women's liberation movement in the U.S., from abolitionist days to the present, that demonstrates how it has always been hampered by the racist and classist biases of its leaders. From the widely revered and legendary political activist and scholar Angela Davis. (Image courtesy of Penguin Random House.)
Women, Race and Class 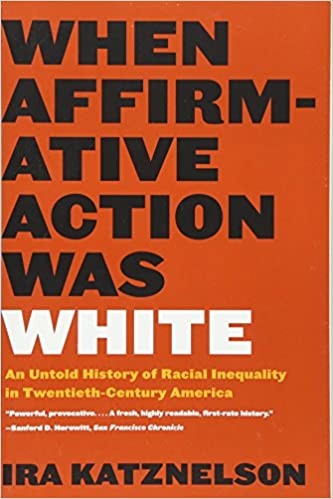 In this "penetrating new analysis" (New York Times Book Review), Ira Katznelson fundamentally recasts our understanding of 20th century American history and demonstrates that all the key programs passed during the New Deal and Fair Deal era of the 1930s and 1940s were created in a deeply discriminatory manner. (Image courtesy of WW Norton.)
When Affirmative Action Was White 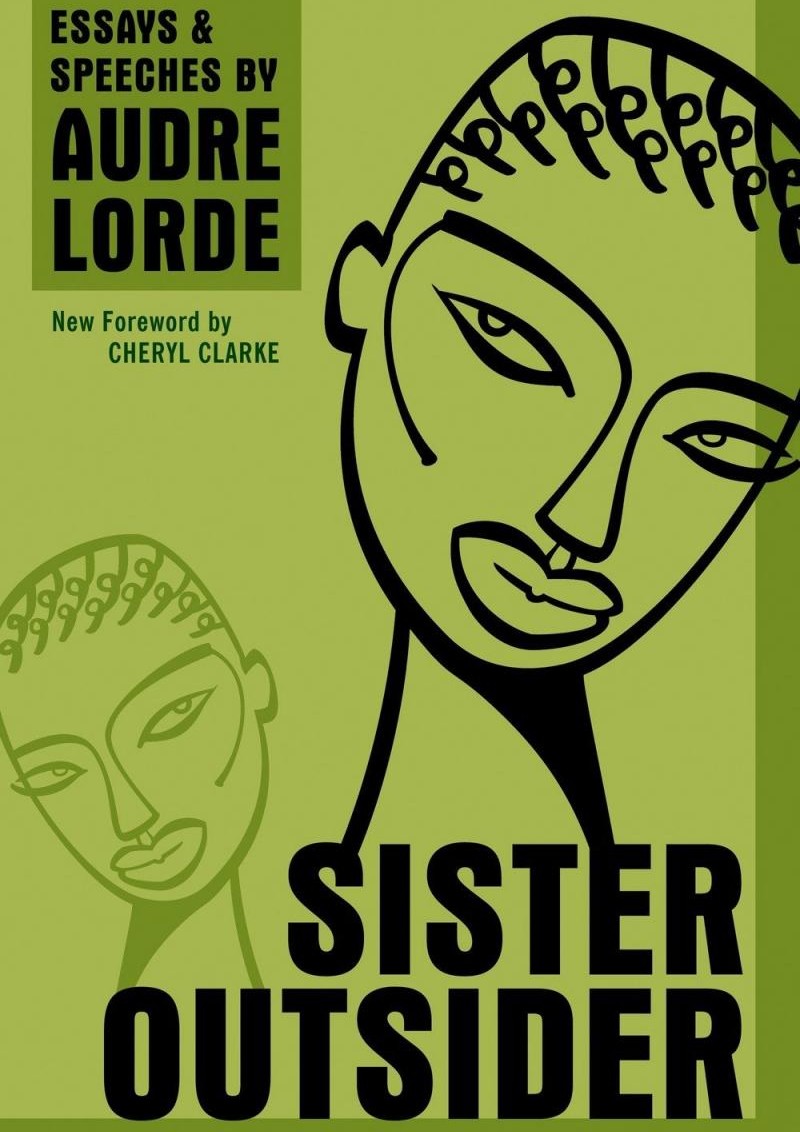 In this charged collection of fifteen essays and speeches, Lorde takes on sexism, racism, ageism, homophobia and class, and propounds social difference as a vehicle for action and change. Her prose is incisive, unflinching and lyrical, reflecting struggle but ultimately offering messages of hope. (Image courtesy of Penguin Random House.)
Sister Outsider: Essays and Speech 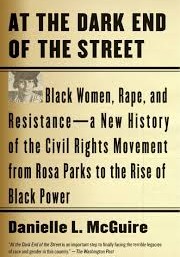 Rosa Parks was often described as a sweet and reticent elderly woman whose tired feet caused her to defy segregation on Montgomery’s city buses, and whose supposedly solitary, spontaneous act sparked the 1955 bus boycott that gave birth to the civil rights movement. The truth of who Rosa Parks was and what really lay beneath the 1955 boycott is far different from anything previously written. (Image courtesy of Penguin Random House.)
At the Dark End of the Street 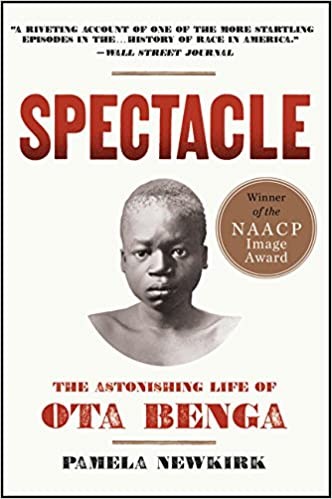 An award-winning journalist reveals a little-known and shameful episode in American history, when an African man was used as a human zoo exhibit — a shocking story of racial prejudice, science and tragedy in the early years of the 20th century in the tradition of The Immortal Life of Henrietta Lacks, Devil in the White City, and Medical Apartheid. (Image courtesy of Harper Collins Publishers.)
Spectacle 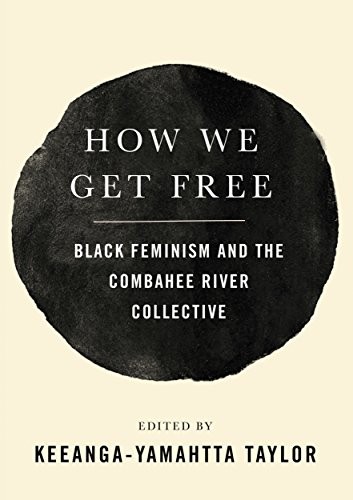 The Combahee River Collective, a path-breaking group of radical black feminists, was one of the most important organizations to develop out of the antiracist and women’s liberation movements of the 1960s and 1970s. In this collection of essays and interviews edited by activist-scholar Keeanga-Yamahtta Taylor, founding members of the organization and contemporary activists reflect on the legacy of its contributions to black feminism and its impact on today’s struggles. (Image courtesy of Haymarket Books.)
How We Get Free 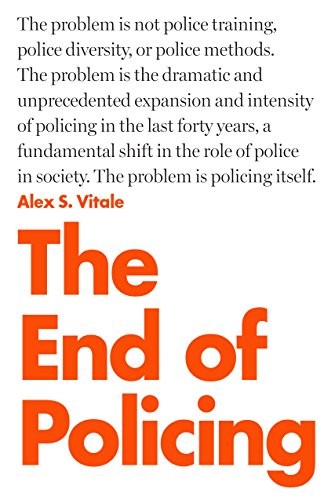 Recent years have seen an explosion of protest against police brutality and repression. Among activists, journalists, and politicians, the conversation about how to respond and improve policing has focused on accountability, diversity, training, and community relations. Unfortunately, these reforms will not produce results, either alone or in combination. The core of the problem must be addressed: the nature of modern policing itself. (Image courtesy of Verso Books.)
The End of Policing 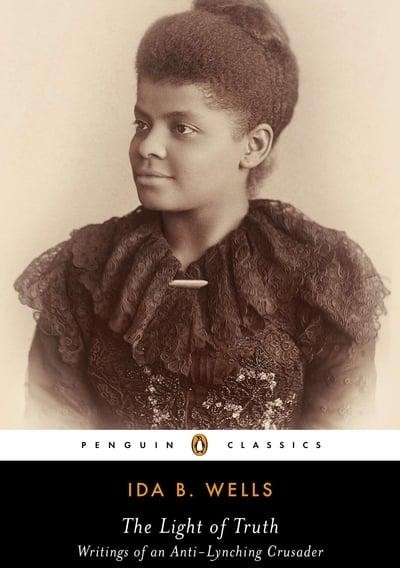 The broadest and most comprehensive collection of writings available by an early civil and women’s rights pioneer. Seventy-one years before Rosa Parks’s courageous act of resistance, police dragged a young black journalist named Ida B. Wells off a train for refusing to give up her seat. The experience shaped Wells’s career, and — when hate crimes touched her life personally — she mounted what was to become her life’s work: an anti-lynching crusade that captured international attention. (Image courtesy of Penguin Random House.)
The Light of Truth: Writings of an Anti-Lynching Crusader

by Ida B. Wells 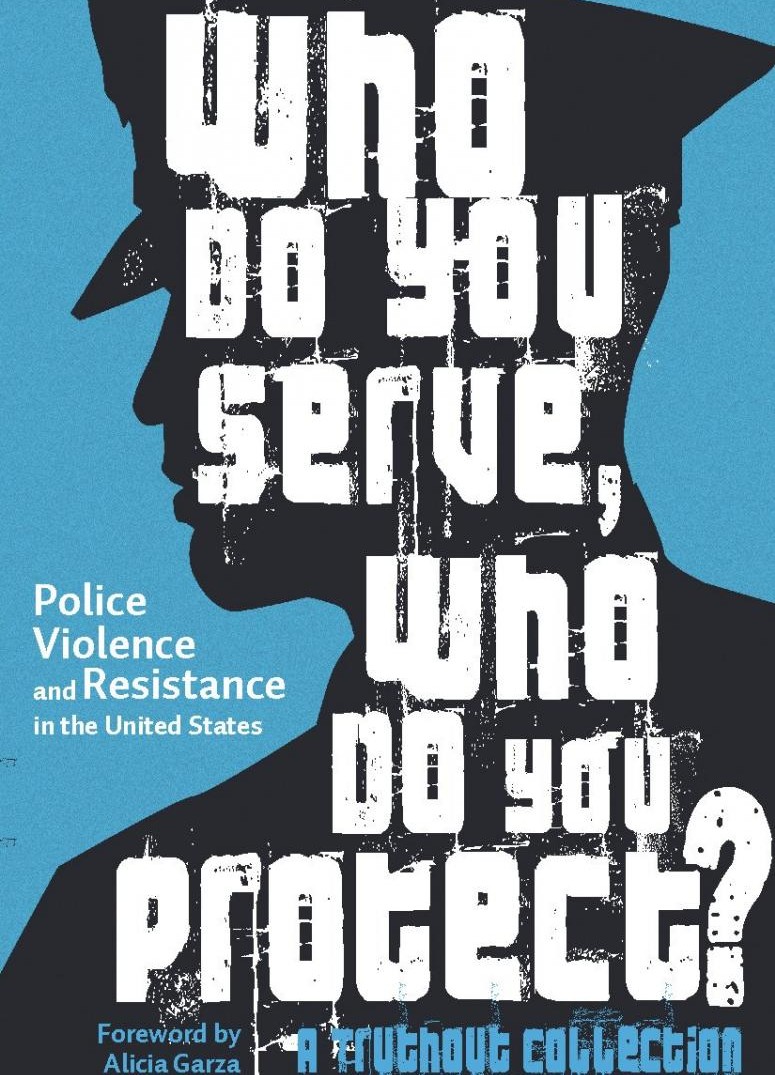 This collection of reports and essays (the first collaboration between Truthout and Haymarket Books) explores police violence against black, brown, indigenous and other marginalized communities, miscarriages of justice, and failures of token accountability and reform measures. It also makes a compelling and provocative argument against calling the police. (Image courtesy of Haymarket Books.)
Who Do You Serve, Who Do You Protect 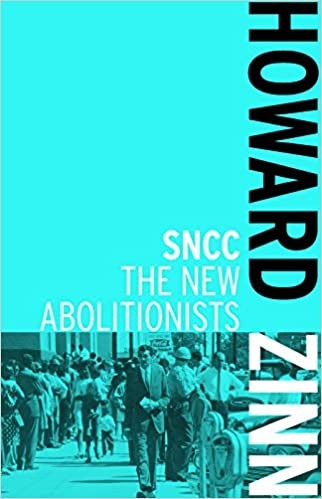 Howard Zinn tells the story of one of the most important organizations of the civil rights movement. SNCC: The New Abolitionists influenced a generation of activists struggling for civil rights and seeking to learn from the successes and failures of those who built the tremendously influential Student Nonviolent Coordinating Committee. It is considered an indispensable study of the organization, of the 1960s, and of the process of social change. Includes a new introduction by the author. (Image courtesy of Haymarket Books.)
SNCC: The New Abolitionists 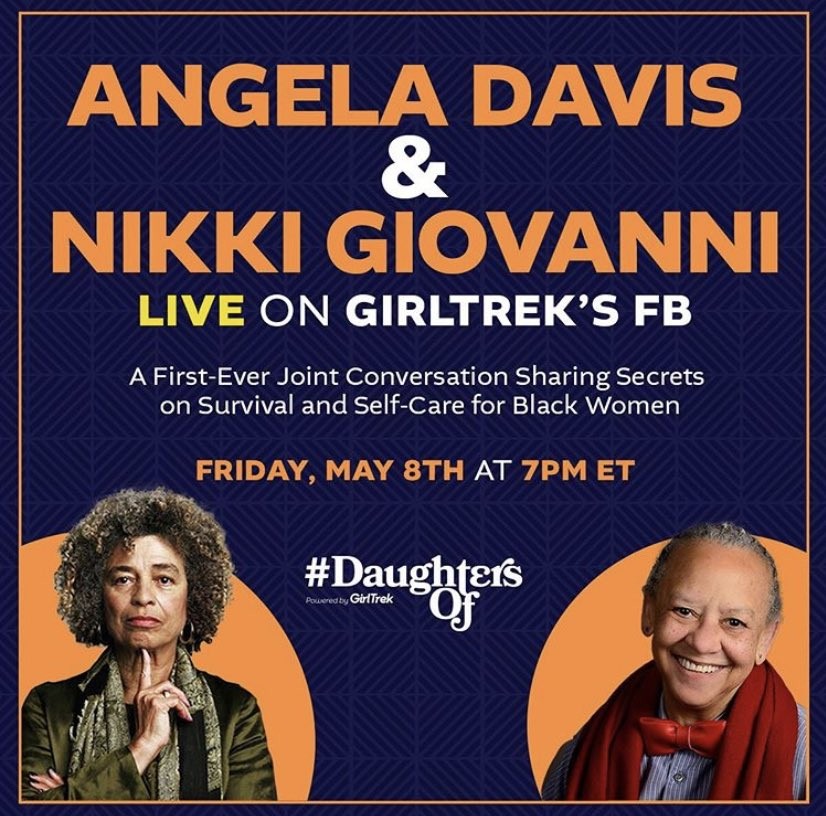 A Conversation With Angela Davis and Nikki Giovanni 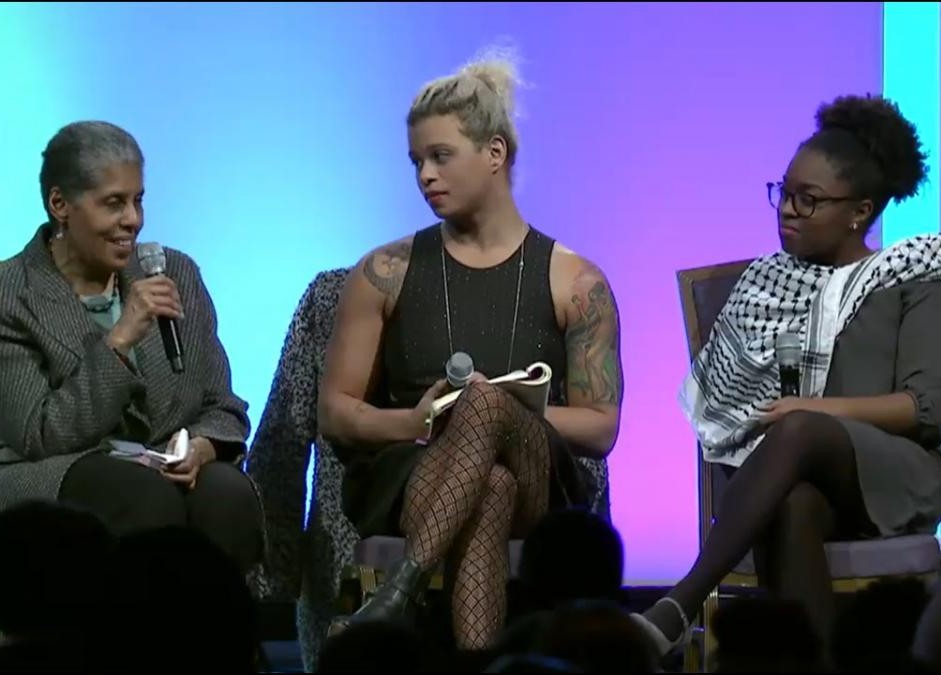 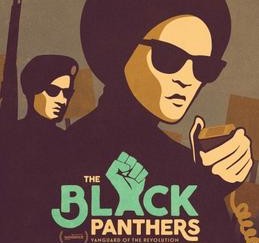 The Black Panthers: Vanguard of the Revolution

This documentary tells the rise and fall of the Black Panther Party, one of the 20th-century's most alluring and controversial organizations that captivated the world's attention for nearly 50 years. (Image courtesy of IMDB.com.)

Poet Claudia Rankine and choreographer Will Rawls discuss the themes of their Museum of Contemporary Art Chicago performance What Remains, which explores how erasure and exposure shape Black American life. (Photo by John Lucas, used by permission of the photographer.) 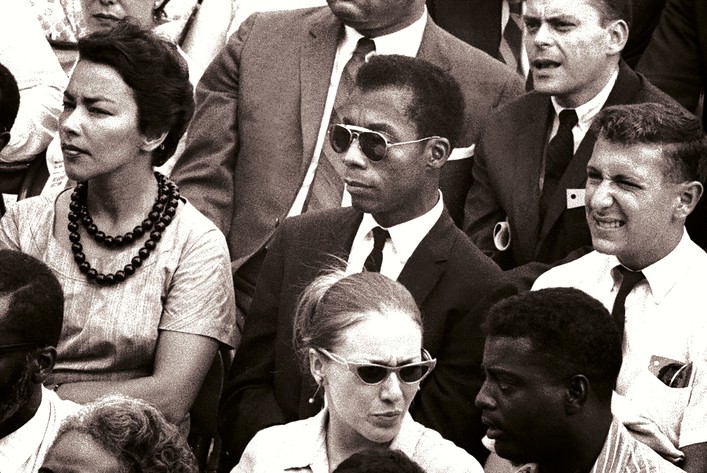 I Am Not Your Negro

In 1979, James Baldwin wrote a letter to his literary agent describing his next project, Remember This House. The book was to be a revolutionary, personal account of the lives and assassinations of three of his close friends: Medgar Evers, Malcolm X and Martin Luther King, Jr. At the time of Baldwin's death in 1987, he left behind only 30 completed pages of this manuscript. Filmmaker Raoul Peck envisions the book James Baldwin never finished. (Image courtesy of IMDB.com)

On May 13, 1985, a longtime feud between the city of Philadelphia and controversial radical urban group MOVE came to a deadly climax. By order of local authorities, police dropped military-grade explosives onto a MOVE-occupied rowhouse. Using only archival news coverage and interviews, first-time filmmaker James Osder brought to life one of the most tumultuous and largely forgotten clashes between government and citizens in modern U.S. history. (Image courtesy of IMDB.com.) 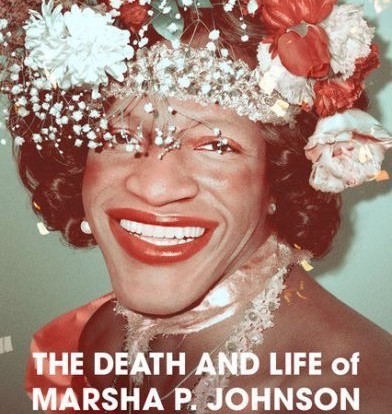 The Life and Death of Marsha P. Johnson 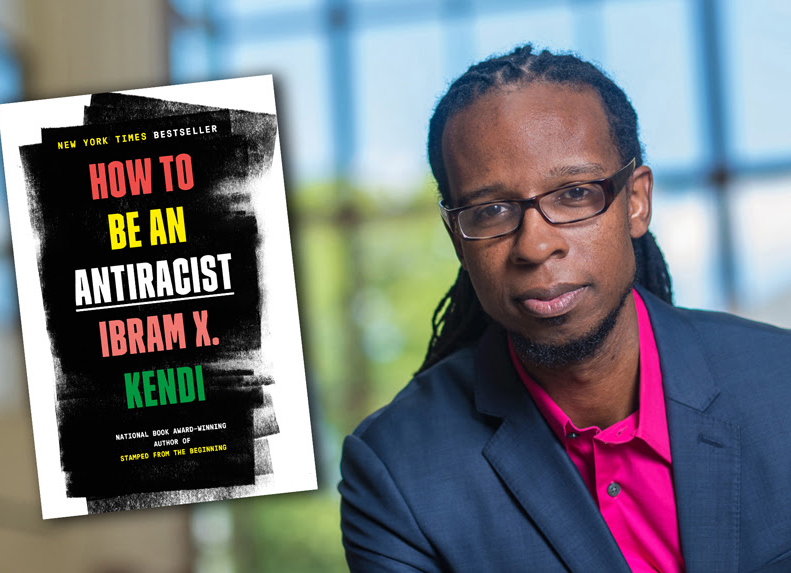 How to Be an Antiracist: A Conversation With Prof. Ibram X. Kendi

Columbia School of Social Work's Professor Courtney Cogburn engaged in conversation with Dr. Ibram X. Kendi, Andrew W. Mellon Professor of the Humanities and Director of the Center for Antiracist Research at Boston University and author of the New York Times bestseller How to Be an Antiracist.